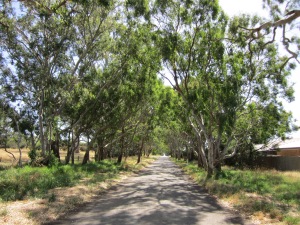 Five years ago yesterday, I began constructing my own website. At the time, I had been thinking about this for more than half a year. As a novelist with one eBook self-published on Amazon in December 2011, the next logical step was to get my name “out there” by creating some sort of author platform.

Six months before, I had discussed this with my three trusty writing buddies. We all had full-time jobs and we were all writing novels or novellas, so none of us had much spare time available. I suggested that together we start some kind of blog to give us a little exposure on the World Wide Web. If each of us wrote a post once a month, then together the site would have a new post once a week. We decided that this was manageable.

Within the next few months I decided that I needed my own website as well. We had begun Scribbling Scribes on Weebly, and the process was simple, so that was the platform I chose for my website. I launched the eBook version of my novella on Amazon on June 8, 2012, and began building my website on Weebly the very next day. Less than two weeks later, my website went live, on June 21.

I had great fun constructing all the pages – my bio, my favourite books about writing, the blurbs of my two books (including links to their product pages on Amazon), other links to my Goodreads and Amazon author pages, and a gallery with some of the photos used as inspiration during the writing of those books. I also constructed a contact form so that visitors to my website could get in touch with me. And they have. I’ve had messages from far and wide, friends both new and old.

Before the launch of my third book a few months later, I started a blog on the same website, to keep readers informed of my writing progress.

Two years on, we moved Scribbling Scribes to WordPress, and within three months I had migrated my blog to WordPress as well, but I kept the archive on my website. I also started a second blog about working in the theatre industry, but since leaving that industry two years ago I don’t often post on it any more.

So how has my writing career progressed in the five years since I started my website? Feast and famine, it must be admitted. The fourth novel took ages to write and was finally uploaded as an eBook exactly a year ago today. My excuse is that I was distracted by moving house twice in South Africa, before the giant move from there to Australia, where it has taken me a while to find my feet.

My fifth novel is half-written; the second half slipped into the background of my life while I was trying to get a job, and it has stayed there while I juggle two of them, one of which is a writing job.

All in all, I’m happy with where I am in life at the moment, but I do wish things would move a bit faster because I seem to be growing older. (How did that happen?!) However, I refuse to stand still and wait. I am trying to wring as much as I can out of life in general.

When my new boss found out my age (he’s twenty years older than I am), he told me I was a spring chicken and had at least another thirty years of work ahead of me. I wonder if that means he intends to keep me employed there for all of them…

Those who follow this blog regularly will know that I regard every experience in life as research for future novels, so let’s just say that I’m doing an awful lot of research at the moment!